The following is a post from several years ago, but though I wrote it a long while back, it’s still something I deal with from time to time!

ATTITUDE. Ever have one? You know what I mean. It’s that annoyed reflection of something in your heart. Someone pushed the wrong buttons, pushed you once too many times, or pushed you harder than you cared to be pushed and then – the attitude happens. It’s not pretty. 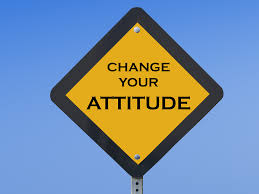 I know of which I speak because I can be the Queen of Attitude at times. I hate to admit it, but if I’m honest I have to tell you it’s true. I had one just this week, and guess what it was over? Ministry! I got tired of carrying other people’s loads, of doing “more than my share” (who decides how much is more than my share?), and being pushed to the limit. Oooo – that button got pushed and out the attitude came. The good thing was that the Lord convicted me and after a time of stewing, I made it right. However, the Lord wasn’t done teaching me the lesson He wanted me to learn.

Yesterday in my devotions, I was working on memorizing the last two verses in Philippians 2. The background of these verses is that Paul had sent a man by the name of Epaphroditis to the Philippians and Epaphroditis became sick to the point of death. Why was he so sick? Verses 29-30 tell us: Receive him therefore in the Lord with all gladness; and hold such in reputation:
Because for the work of Christ he was nigh unto death, not regarding his life, to supply your lack of service toward me. Epaphroditis was taking up the slack of the Philippians; doing what they hadn’t done and became so sick while ministering that he almost died!

Paul says in verse 29 to “hold such in reputation.” Hold a man like this in high regard. At that moment in my quiet time the Lord brought the truth to my heart that this was a man who worked and ministered so much that he was at death’s door! My work took me nowhere close to that kind of sacrifice! I see no sign of an attitude in Epaphroditis here either! It says that he was full of heaviness because they learned he had been sick. He was probably the kind of man who tried to cover his weakness, work through whatever pain he might have been experiencing because there was a cause here – the love of Christ- and that constrained him to keep on.

I was very convicted by this man’s life, and repented of my sin and my attitude. There is a balance to strike, and I asked the Lord in my quiet time to help me hit that balance – work, rest, respite. It’s necessary so that we don’t burn out.

As you serve in any capacity, whether it’s full-time or as a layman in the church, guard your heart against the “A” word. Let’s make sure we’re serving the Lord with a sweet spirit; the kind in which the Lord would “hold us in reputation” like Epaphroditis. His work was “the work of Christ.” Too often my work is “the work of Denise” done with an attitude and won’t be rewarded in eternity. “Oh, Lord, may my ministry be Your work, done in Your strength, and done for your glory!” Ahhh, there’s the right attitude!

Anyone aside from me need this reminder today?