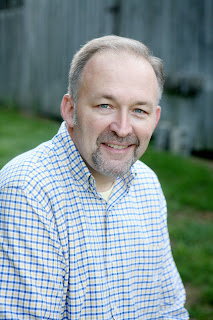 Can I just give you a little glimpse into the heart of a pastor?  Since I am married to one and share his parsonage, I have an up-close look at his heart towards ministry.
Each morning, the first thing he does (after making our coffee) is head to his office to pour over God’s Word and his journal.  He spends time reading, writing what God says to him, and then praying for the names pasted into his prayer journal.
He loves his God!  He is first in my husband’s life.  It’s what’s on his mind 24/7.
It amazes me how tirelessly he serves.  Last week after spending a good bit of time ministering to a family in need, he came home late in the afternoon and headed straight to his office.  A little later, I heard his voice on the phone.  He was singing “Happy Birthday.” to someone from our congregation.  Then a few minutes later, I heard the song again, then listened as he encouraged them and listened to their heart share a burden.  Then he was praying with them over the phone.
He loves his people!  He cares for their needs.  He longs to see them grow.  He is jealous when they are doing other things aside from being faithful to their God. He prays with compassion for their concerns.
Later that evening when we were out, he gave a tract to a stranger – someone the Lord put in his path.  He sat across from me and was sad in his heart over watching a family that seemed to have no relationship with God.
He loves souls!  He witnesses.  He gives the Gospel so faithfully.  He hands out tracts.  He prays for our waiter or waitress at a restaurant.  He weeps over the lost family members of our congregation.
I listen to him talk to his girls and their fellas.  He spurs them on to growth.  He’s more concerned for their spiritual life than that they are happy in this earthly life.  He encourages me spiritually.  He encourages me to do what God gives me the opportunity to do.
He loves his family!
My husband may or may not be your pastor, but if you have a pastor that loves God, his church members, souls, and his family, how about writing him and note to tell him how much you appreciate him?  Oh, that reminds me – another thing my husband loves – encouragement!  =)
Thankful to have the best pastor ever,

7 thoughts on “A Peek Inside the Parsonage”