Years ago I remember hearing a story of a couple who knew God was calling them to a foreign mission field.  They were excited to obey, until the wife heard that there were poisonous snakes there that could strike a blow and kill a person with one venomous bite.  Her (understandable) fear for her children’s safety from such dangers caused her to set her proverbial foot down and refuse to go abroad.  She reasoned that they could give and share the Gospel right here at home where there were far less dangers! The sad ending of the story is that one of the poisonous snakes that inhabit the US found its way to their driveway one day after, and bit one of their children.

I have no absolutes that the story is legit, but would that wife’s actions come to our own mothers’ hearts?  Yes.  As women we could reason lots of things for the safety of our children, ourselves, our home or situation.
But when does our human reasoning become a lack of trust in a sovereign God?
When we step up with a plan that goes against what God has said. 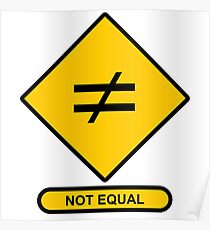 Just last week I read a great example of this in Genesis 12.  Let me summarize:

God had sent Abraham and Sarah on the journey to the Promise Land.  When they got to Egypt, Abraham became fearful of losing his life for the sake of his beautiful wife.  Soooo, he came up with a plan!  He told Sarah to lie and tell the Pharaoh that she is his sister.  Sarah complied and Pharaoh took her into his palace.  Not longer after, God sent plagues to Pharaoh because of this lie Abraham was living.  When the Pharaoh approached Abraham, he scolded him for lying to him and told him to take Sarah and hit the road (go their way!).

Um, excuse me, consider what Abraham was afraid of (losing his life because of Sarah).

When Pharaoh learned that she was married to him, he told them to GO!

Like I shared yesterday, when we worry about things instead of praying about them, we ruin a good day!  That’s exactly what Abraham did.  But he also took things a step further by coming up with his plan to fix the problem!  The missionary story I shared at the beginning of this post was the same example.

Now, let’s stop and ask ourselves:

Abraham reminds me that all of us can easily fall into the trap of conniving instead of confiding.

Let me share a recent example of  this from my own life.  The flu is pretty rampant in our part of the country right now and it’s showing itself present in our church.  I have 14-month old grandsons who attend our nursery every Sunday.  When I learned that church members were dealing with the flu, my heart jumped into my throat and I immediately thought about sending a text to our daughter to consider keeping the boys home from Sunday services.  But immediately after, the Spirit of God spoke to my heart –

Can you not trust me to take care of them?  Even a sickness, if they got it, would not be overlooked by My care.  Trust me.

Yes, the flu was evident at my church on Sunday, and my grandsons were there, but instead of fretting and jumping into action, I prayed to a God Who is in that nursery and is aware of their needs.  I can trust Him.

So can you, my friend.

We need to lay our plans down, and then fall down…down on our knees and confide in our merciful, loving God Who wants what is good for us and for our families.

Are you at work trying to take care of everyone and everything, or are you trusting an omnipotent, omniscient God for everything that touches your life?